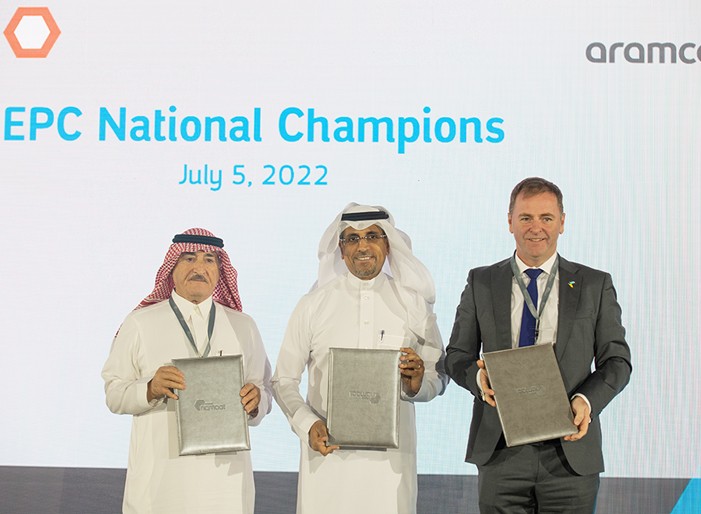 N&P has signed a memorandum of understanding with Kent, an international engineering firm, to form a joint venture. The new Saudi company, to be called “Nesma Kent,” is expected to deliver engineering, procurement and project management services to Saudi Aramco as part of its National EPC Champion program. Nesma Kent will provide training to Saudis, creating a skilled workforce and enhancing the local economy via a new engineering center of excellence in the Kingdom which will also provide overseas training for Saudi engineers to acquire skills and knowledge at Kent’s international engineering centers. Long-term goals of the JV include the development of low-carbon technologies such as blue hydrogen and blue ammonia along with carbon-capture innovations. The MOU was signed July 7th by N&P Chairman of the Board Sh. Abdulaziz Al-Turki and Kent CEO John Gilley. 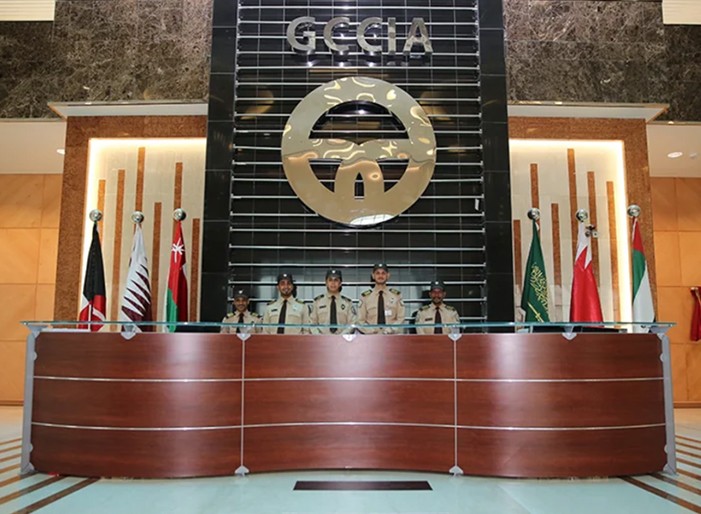 The Gulf Cooperation Council Interconnection Authority (GCCIA) has awarded Nesma Security with a contract to provide security services at the council’s headquarters and also at their substations in Al-Fadhili, Ghunan, Ras Al-Qurayyah and Salwa. Both mobile and on-site security services will be provided. The three-year, SAR 16 million project will provide jobs to 45 Saudi security guards. 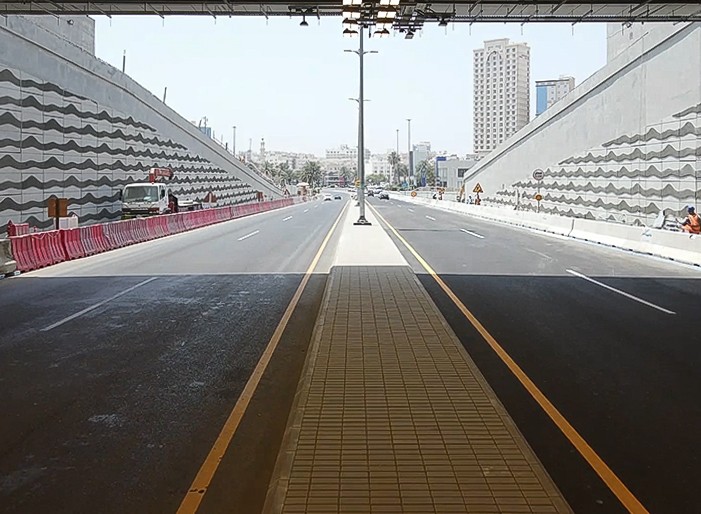 N&P had a June soft opening of the Al Auraif road and tunnel allowing a first-ever connection of multiple project zones in Makkah. The scope of work included utility infrastructure for electric, water & communications, 114 girders, 25,000 m3 of concrete and 30,000 m2 of asphalt. 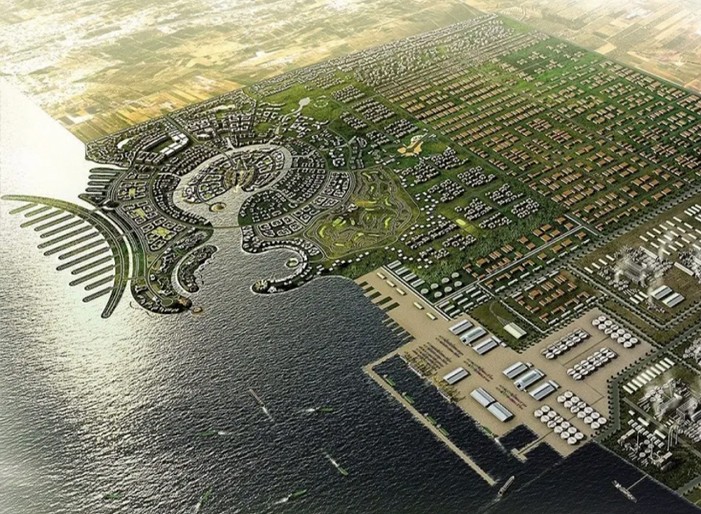 The city of Jazan has awarded a 36-month contract to Nesma Security valued at more than SAR 84 million. The company will provide 24/7 security for basic and downstream industries including residential neighborhoods, light and heavy industry areas, secondary roads and roads adjacent to the city. To fulfill the contract, Nesma Security will utilize 18 new security vehicles and employ 250 Saudi security officers, fueling the company’s continued growth. 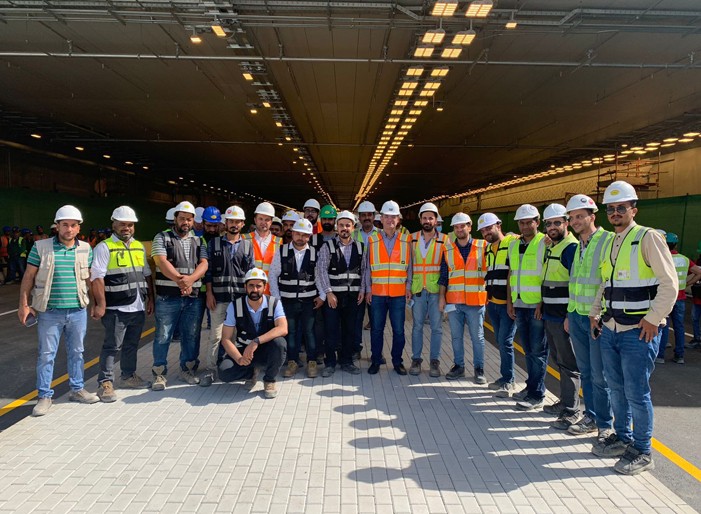 Nesma & Partners announces the soft opening of the Al Mansour road & Mansour underpass. Since the start of the project in mid-2020, the team has successfully navigated numerous challenges including the diversion and relocation of hundreds of meters of water, sewage and telecommunications lines. The scope of work involved 127 girders, 7200 m2 of asphalt, 20,000m3 of concrete and 2000m2 of GRC cladding. 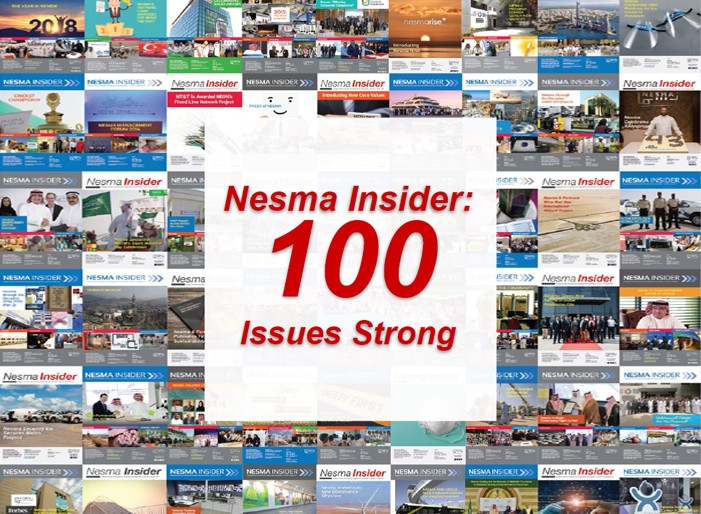 Issue #1 of the Nesma Insider was published in January, 2014. It represented the coming together of many ideas: the newsletter initiated in Al Khobar by what was then called Nesma Trading (now, Nesma United Industries), annual Nesma Co. brand awareness books and the vision of Nesma VP Noura Alturki to “bring our Nesma community closer through shared communications.”

Over the years, there have been some changes to the team and the design but the ability to unite the Group, reinforcing our shared values, has remained.

VP Noura Alturki continues to edit each issue with care and attention. The only other original team member who continues today, is Editorial and Creative Art Director, Ms. Arwa Salem. 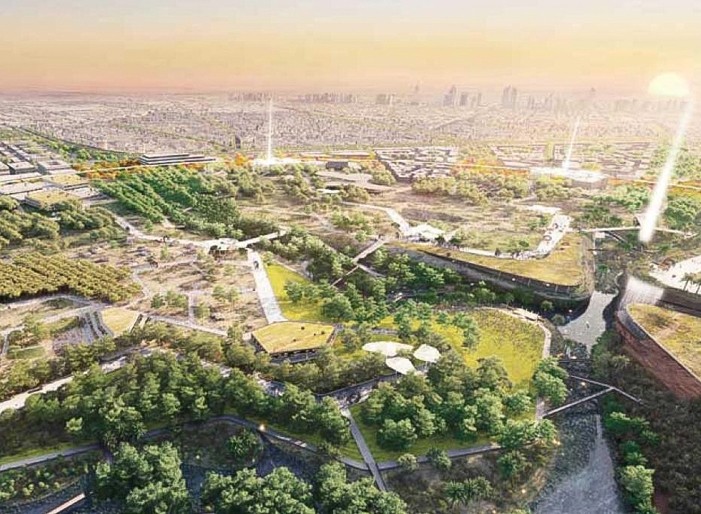 Nesma United Industries Co. has been awarded the King Salman Park Nursery project which will be the cornerstone for King Salman Park in the center of Riyadh. It will serve as an acclimatization nursery helping plants to survive Riyadh’s climate and will contribute towards the Green Saudi Vision 2030.

The nursery is being designed and built by Nesma United Industries’ landscaping division using the latest innovations in landscaping to act as the essence of King Salman Park and beautifying the city for generations to come. 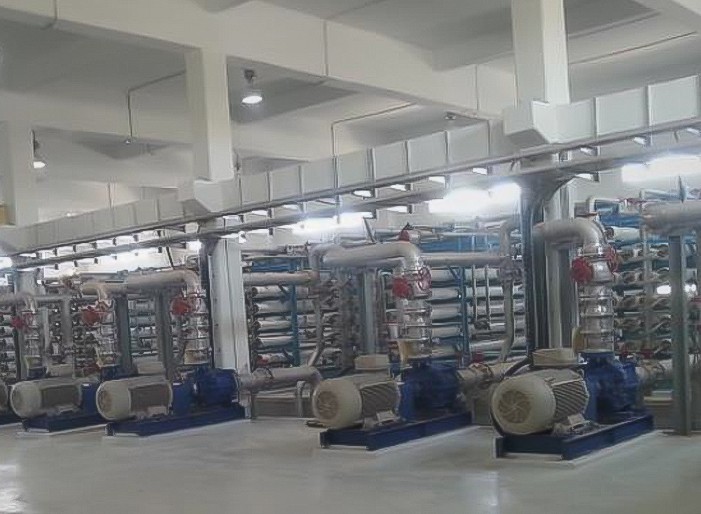 Nesma Water & Energy has won the O&M Dawadmi RO Plant project which will bring clean drinking water to approximately 330,000 residents of Dawadmi and Afif. The plant will use reverse osmosis to purify water from deep wells.  Valued at well over eleven million riyals, this National Water Co. project is an extension of an earlier project that NW&E completed in the region and is expected to bring new jobs for Saudis living in the central area while contributing to the Kingdom’s national water strategy. 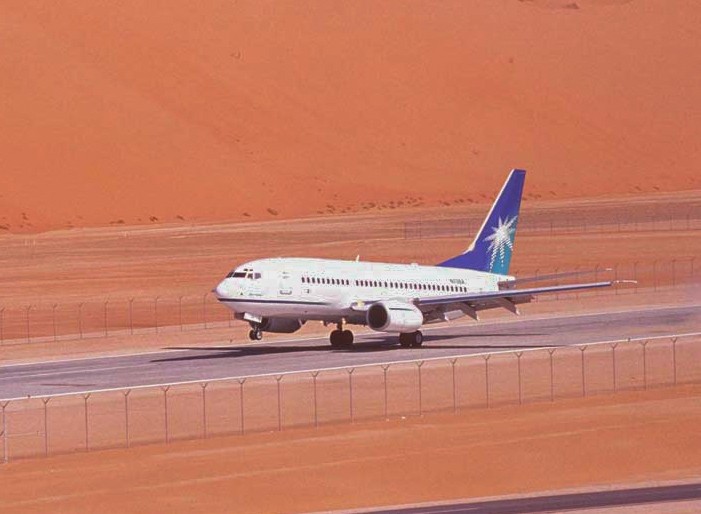 NUI has garnered a one-year contract from Aramco Aviation to provide corrective maintenance at 13 airstrips for airfield ground lighting systems (AGL), instrument landing systems (ILS) and weather stations. Of the 13 airstrips, eight are at remote and five at non-remote sites. The project also involves the supply of spare parts, installation, design support, along with testing and commissioning services for AGL and ILS upgrades that the client may request additionally during the contract period. Non-remote sites include KFIA Aramco Apron & Taxiway, Ras Tanura Airstrip, Udhaliyah, Abqaiq and several helipads in the Eastern Province. Remote sites include Tanajib, Shaybah, Haradh, Khurais, Hawtah in addition to Pump Stations 3, 6 and 10. The contract will be implemented by NUI’s Aviation Services Department which completed an upgrade of the AGL system at Hawtah Airstrip last year.

NUI has a long standing relationship with ADB Safegate, a leader in airfield solutions, and together NUI and ADB have been providing similar niche airfield related services to key clients in KSA such as Royal Saudi Air Forces and SANG. These aviation related services are being offered under the company’s Industrial & Ventures Division. 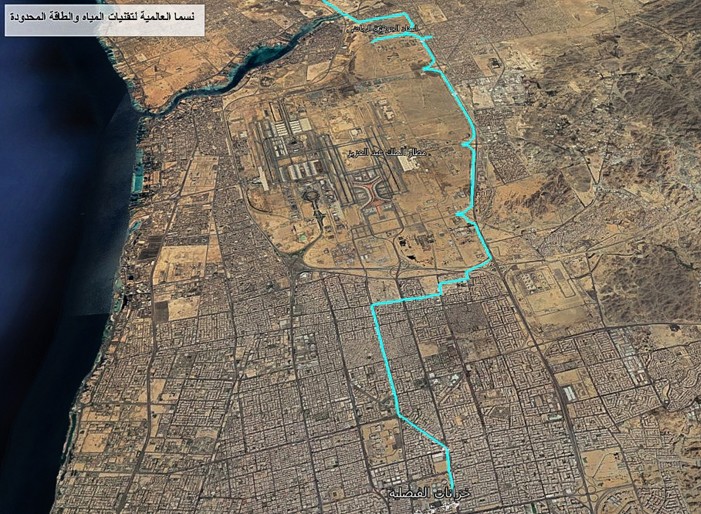 NW&E was awarded a 36-month, SAR 415M waterline project to address the increased demand in an ever-expanding Jeddah. The new line will carry water that originates at the Rabigh desalination plant from storage near the Taiba district 42 kilometers to the Al Faisaliyah reservoir with some branch transmission points along the way. This will bring new stability to water availability for many residents. As the pipeline will pass through heavily populated areas, NW&E engineers will bore underground to install water ducts ranging in diameter from 400mm to 1600mm along with 201 valve chambers. This milestone project which was awarded by the National Water Company, is in keeping with the Vision 2030 national water strategy and is an indicator of continuing prosperity for NW&E. 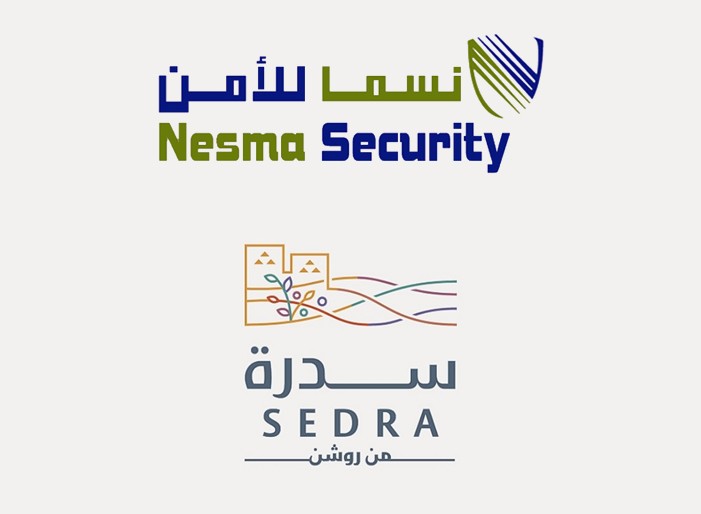 Nesma Security will provide security services for ROSHN Real Estate company’s SEDRA housing project in Riyadh. The three-year contract, valued at SAR 27 million, will employ 72 Saudis. SEDRA has been designed to be a modern, energy efficient community that promotes sustainability. The development will span 20 million square meters. ROSHN is owned by the Public Investment Fund. 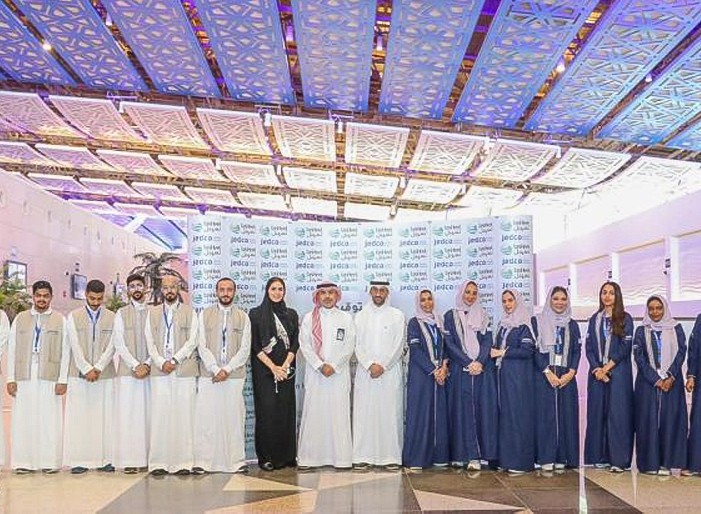 Namat has been awarded a contract with TasHeel Holding Group worth over SAR 200,000. The tailoring centers will make uniforms for employees of the new “Ask Me” information service at King Abdulaziz International Airport in Jeddah. The contract calls for 450 abaya style uniforms with scarf and 200 vests for male “Ask Me” workers. Namat looks forward to serving the needs of TasHeel Holding and its many subsidiaries well into the future. 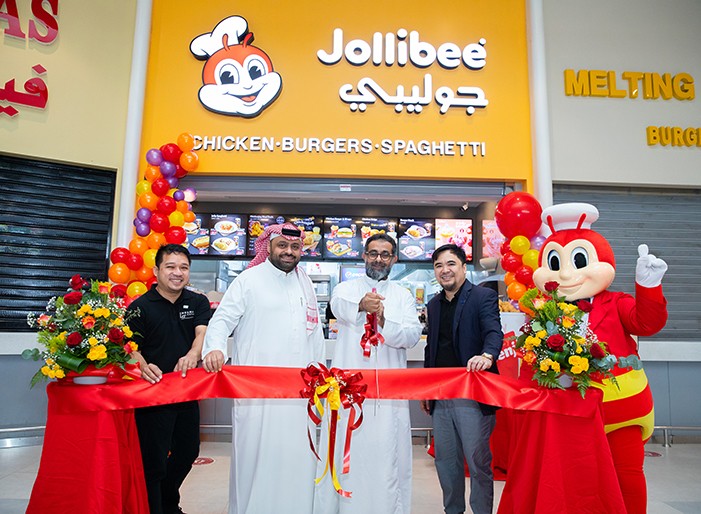 Jollibee is building a global brand as it fulfills its mission to serve great-tasting food and bring the joy of eating to everyone. Now that joy can be felt at Al Andalus Mall in Jollibee’s newest store which opened this month. The store inauguration was highlighted by the ribbon cutting ceremony led by Jollibee Nesma United CEO Faisal Y. Bamhrez, Operations Head Tristan San Pedro, Turki Basabrain, HR and Admin Manager and the rest of the leadership team. One of Jeddah’s busiest malls, Al Andalus has more than 11 million visitors per year to its 416 stores and exhibits spread across 120,000 square meters. The Jollibee store is open from 10:00 am to midnight daily, and is located at the mall’s food court. 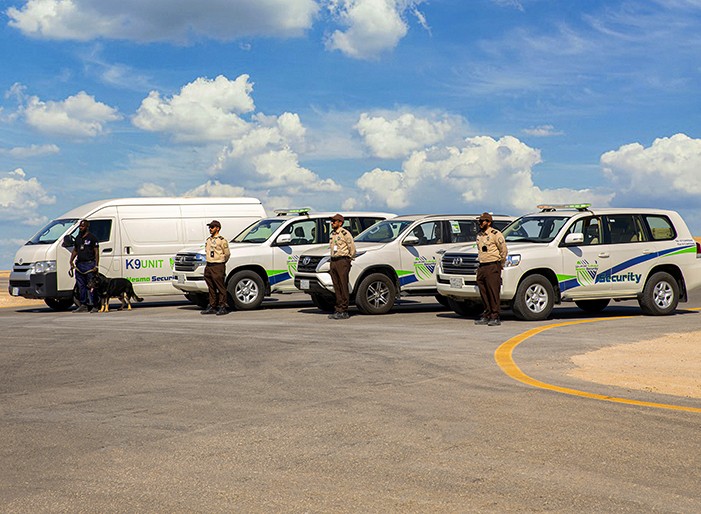 Nesma Security Co. will provide security services for the Riyadh metro lines 3, 4 and 5 (the Orange, Yellow and Green lines). The SAR 65M project was awarded by Rekeep Saudi - an Italian company. This two-year contract, which can be extended for five years, will employ up to 500 people including guards and supervisors. The Riyadh metro is expected to serve over a million passengers daily the first few years and over three million per day within a decade, thereby reducing car usage and the associated fuel along with reduced traffic congestion, all in line with Vision 2030 plans. The high-tech trains will run on six lines and be managed and surveilled at a state-of-the-art control center. The system is expected to produce 7600 job vacancies annually. The Riyadh metro, currently in the trial phase, is expected to be fully operational sometime this year. 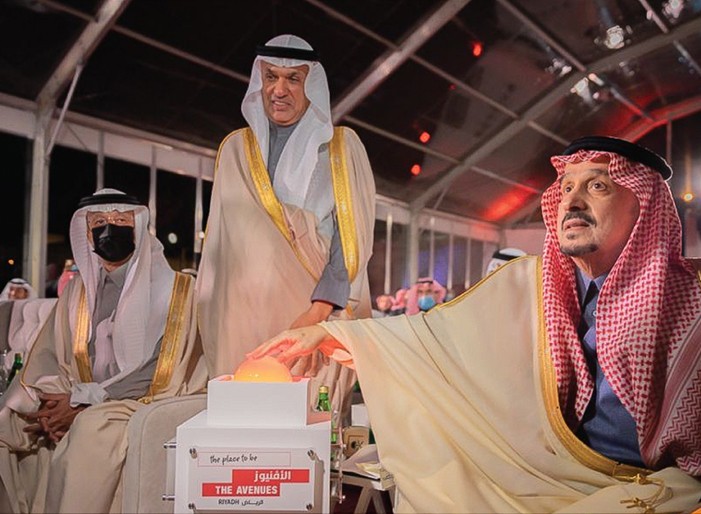 Nesma & Partners signed an agreement with the Riyadh Avenues Mall project owner, Shomoul Holding Company, to be the main contractor for Phase 1 of the project in November, 2021. In February, the foundation stone was laid under the patronage of HRH Prince Faisal bin Bandar bin Abdulaziz, the Governor of Riyadh Region. Avenues Mall is one of N&P’s most significant projects currently underway, encompassing the design and construction of a luxury shopping mall with parking for over 15,000 vehicles, substation buildings, landscaping and external works. 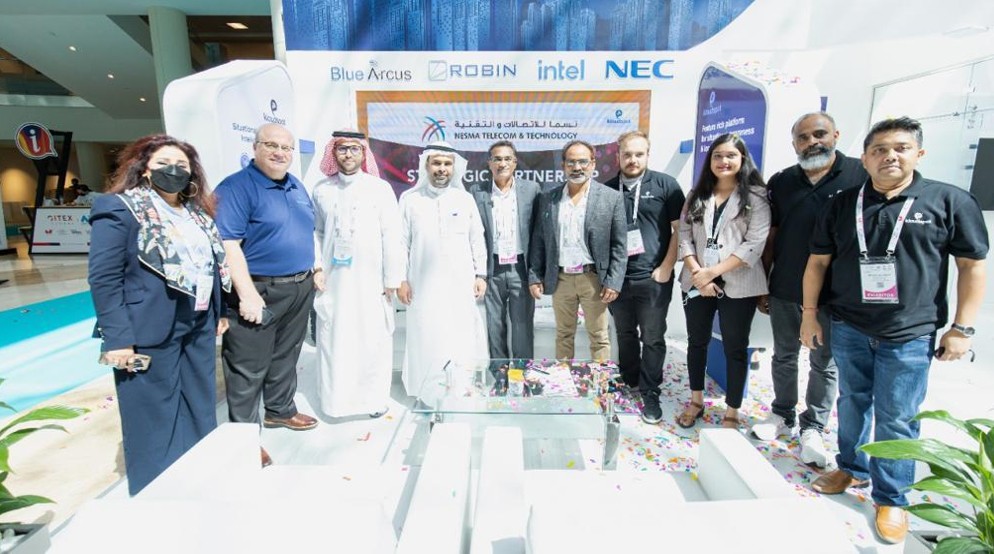 NIT signed a memorandum of understanding with Kloudspot for cooperation in the field of AI. The agreement came after the two companies had reached an advanced level of cooperation in the area of seamless internet with the Red Sea Development Company’s “Smart” destination initiative. 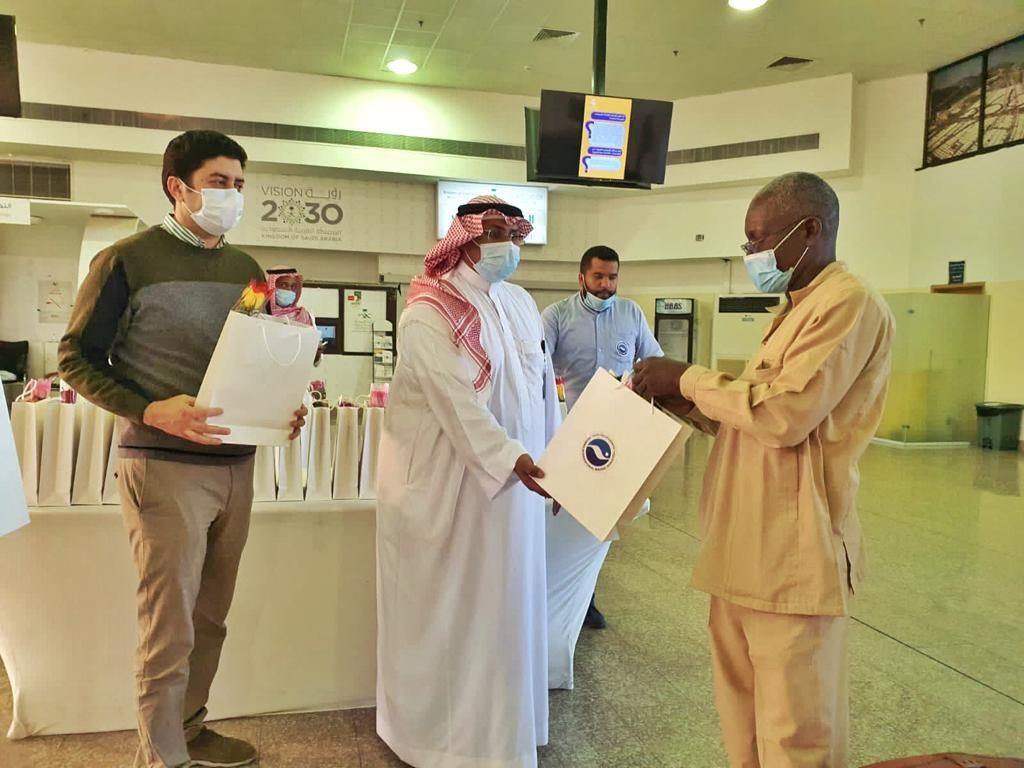 Namma International Marine Services recently welcomed a group of Umrah pilgrims who sailed from Sudan. The pilgrims, the first after a long delay due to COVID-19 were each given a gift bag. In addition, the company hosted local dignitaries on board the ship Aziz providing them with a tour and complimentary lunch. 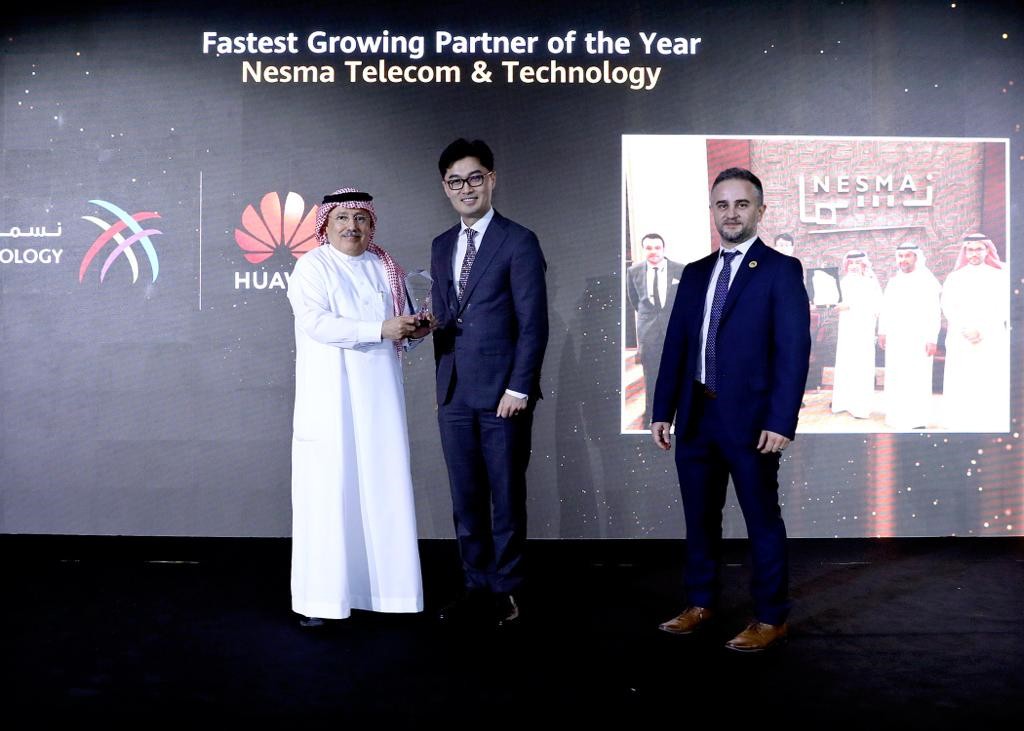 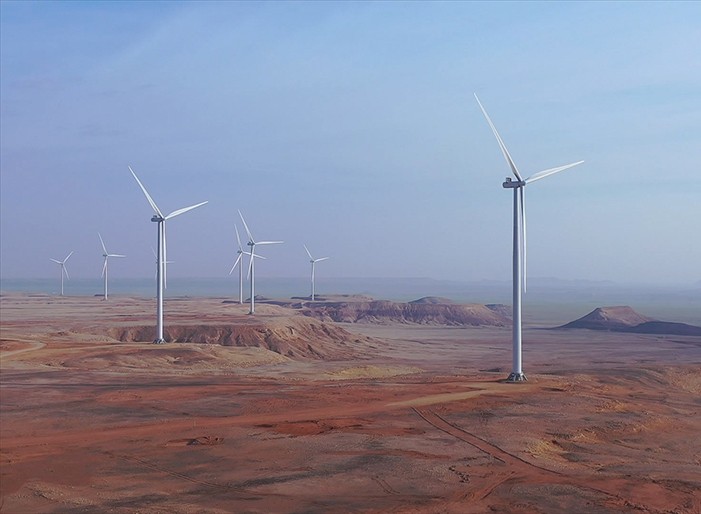 Nearing completion is the Dumat Al Jandal wind farm, the first of its kind in the Kingdom and the largest in the Middle East. This USD $500 million project uses 99 turbines to generate around 400MW of power from the wind. Located in the northern part of the Kingdom, this wind farm has already begun generating electricity and when completed this year, will be able to power 70,000 homes annually, displacing about a million tons of carbon dioxide each year. Under the terms of a 20-year power purchase agreement (PPA), the electricity generated will be purchased by the Saudi Power Procurement Company (SPPC), a subsidiary of the Saudi Electricity Company.

The second project is the South Noor solar PV project located 50km southeast of Jeddah. Using the sun to generate electricity, this 300MW solar field will connect to the main electric grid to power homes and businesses. The consortium has signed a PPA with SPPC, which authorizes the group to finance, design, build and operate the plant for 25 years based on an agreed-upon purchase price for the electricity generated.

This Jeddah solar power plant will utilize the latest technology in the photovoltaic (PV) market, combining bifacial PV modules with mounting structures that use single-axis tracking technology to maximize energy generation by following the sun’s position throughout the day. State-of-the-art robots will also be used to clean the modules. The project is expected to be operational by the end of this year.

Renewable energy projects such as these are sustainable, reduce greenhouse gas emissions and help the country reduce its oil consumption. Per the Kingdom’s Vision 2030, its National Renewable Energy program has a strategic goal to generate 50% of its energy from natural gas and renewable sources by 2030. 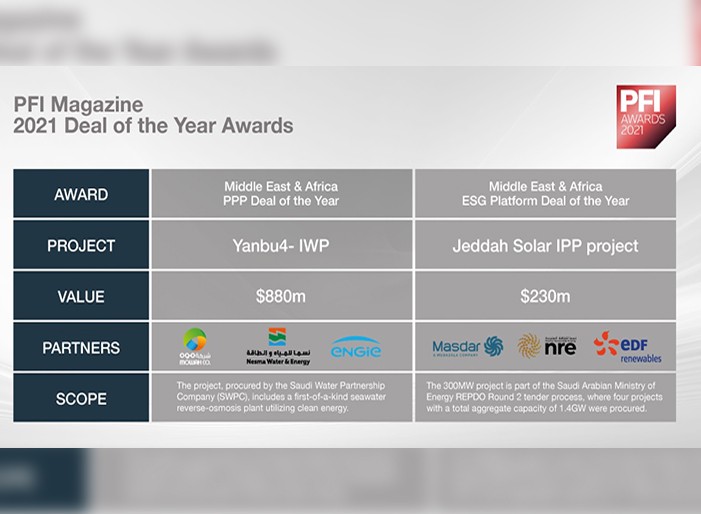 Jan 2022
Nesma Water & Energy Wins PFI Award
Project Finance International (PFI) named the Nesma Water & Energy consortium’s Yanbu - 4 project as its “PPP Deal of the Year” for the Middle East & Africa region. The public private partnership project won because of its several innovations. As an independent water project with a 39km transmission pipeline - it is a Saudi first, and at a cost of about $880M USD is a major project. Another innovation is the inclusion of solar energy to provide approximately 20% of the operational power consumption and reduce the plant’s impact on the environment. In addition, it is the first desalination project in the Kingdom to serve both holy cities of Makkah and Madinah with drinking water. Nesma Water & Energy has teamed up with Mowah and Engie on this project.
NRE Named in Environmental, Social & Governance Award
PFI awarded its ESG Platform Deal of the Year Award to Saudi’s Renewable Energy Project Development Office round two solar program for the low solar price tariffs it was able to achieve. The program included the Nesma Renewable Energy 300MW solar power project in Jeddah, a public private partnership project (PPP) that is part of a consortium with Masdar and EDFR. PFI noted in its announcement that the price tariffs were some of the most competitive achieved globally.